National Parks of the Seychelles

The country’s parks in Seychelles offer the best value for all nature and animal lovers. It is a place where you may experience nature in its purest form–the marsh, the hills, the granite boulders, the corals, the vibrant beaches, and a flourishing world of flora and animals both on land and underwater. This area of the globe is very different from the concrete jungle where we are staying. Take caution, for this land has its own set of rules. Every way of life is valuable and should be protected.

The Morne Seychellois National Park is one of the largest Seychelles national parks, stretching across three and a half hectares and covering about 20% of the island of Mahe. It is located on Morne Seychellois, Seychelles’ highest point at 905 metres. It will take a half or full day excursion to discover the 12 different trains around the national park.

The park is home to a variety of endangered plant and animal species. Some of the most beautiful birds are Seychelles blue pigeons, bulbuls, sunbirds, Seychelles white-eyes, swiftlets, and kestrels. This is the area where you may see pitcher flowers, which feed on bugs that stray too close to them by catching them in their liquid-filled carafes.

Praslin National Park lies on the island of Praslin. It has a land area of 330 hectares. Praslin National Park, Seychelles’ second biggest terrestrial park, is home to the Vallee de Mai herbal reserve, which was designated a World Heritage Site in 1982.

Aside from the most diverse palm species, including the Coco de Mer, the park is home to a diverse range of birds, insects, and reptiles, including the famed Praslin Black Parrot, Bulbul, Seychelles Kestrels, Sunbird, and Blue Pigeon. Aside from them, snakes, tree frogs, green turtles, and geckos may be found in the area.

La Digue Veuve Reserve, which was established to safeguard the prized 15 pairs of the endangered Seychelles Black Paradise Flycatcher, or Veuve as they are commonly known, spans 21 hectares of land. There are also colourful fruit bats, indigenous birds, and insects to be found. Along with moorhens, you may also come across a rare type of turtle known as Terrapins.

Silhouette National Park, located on the island of Silhouette and covering an area of 20 km at a height of 751 metres, was designated as a National Park in 2010 after being purchased by Seychelles authorities from its former proprietor, the Dauban family. It is one of the few places in the world that supports biodiversity for endangered species, primarily the Seychelles sheath-tailed bat, Blue Pigeon, and Seychelle Krestel.

Baie Ternay is a treasure trove of scenic beauty that will make your eyes wide open and allow you to revel in the harmony and tranquilly in the lap of nature like by no means earlier than. It is blooming with mangrove swamps and a thriving aquatic world. Turtles, eels, catfishes, dolphins, and sharks swim freely since the land’s officials take a special interest in preserving the area’s flora and fauna. 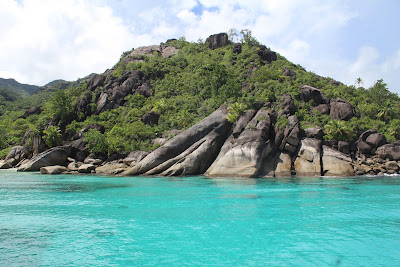