The Oachira, a pilgrim centre known to draw a significant number of travellers, is located on the Kollam-Alappuzha route. The famed Parabrahma temple dedicated to global awareness has no god or idol, which makes it a one-of-a-kind pilgrimage destination. The two biggest yearly festivities are Oachira Kali in mid-June and the twelve-day Panthrandu Vilakku in November/December. According to the Puranas, this magnificent temple is one of Kerala’s most famous and sacred sites, if not the whole country. 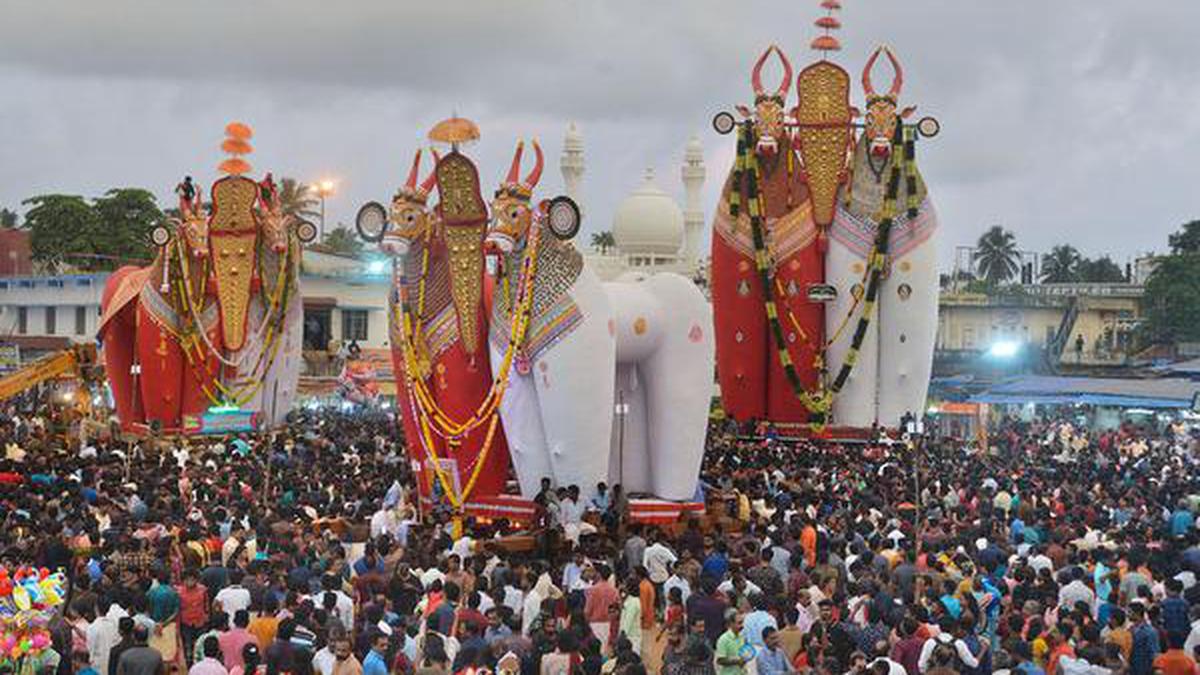 Pathanapuram is a significant trade centre in the Kollam District. Pathanapuram, on the banks of the Kallada River, is a popular tourist destination in Kollam. The area’s main attraction is the mosque’s Chandanakkudam Mahotsavam festival, which takes place throughout the months of February and March. In Pathanapuram, live-stock activities like as dairying, poultry, and goat raising, as well as industrial activities such as brick building and bamboo weaving, are widespread. The main draw of this location is the production of spices and rubber.

Aryankavu Sastha Temple is a Hindu temple in Kerala, India, and one of the 108 Sastha shrines. It is one of Kerala’s five major temples devoted to Lord Ayyappa/Sastha. The temple is named Ariankavu or Aryankavu because Lord Ayappa is worshipped here in his adolescent form, known as Tiru Aryan. The biggest festivities here are Mandala Pooja and Tirukalyanam, which take place in December. The mural paintings that hang on the pillars and walls attract the visitors. Travelers may also explore Palaruvi waterfalls, which are located 5 kilometres from Aryankavu.

Thangassery Fort, also known as St. Thomas Fort, is a fort located on the Thangassery beach on the Arabian Sea’s beaches in the city of Kollam. It is a well-known pepper trading hub with a long history of commerce and culture. The fort is still one of Kollam’s most prominent archaeological monuments, drawing tourists who come to see it and learn about its historical commercial links. The fort’s rustic look and lush green environs make it an ideal location for photography, and its magnificent construction enchants visitors. If you enjoy history, this fort is a great place to learn about the Portuguese, Dutch, and British rulers.

One of the most well-known temples in Kollam is Anandavalleswaram, which is dedicated to Lord Shiva and Goddess Parvati. It’s a popular tourist destination and one of Kerala’s oldest temples. According to the legend behind the temple’s name, Lord Shiva and Goddess Parvati are in a joyful condition, thus the name “Anandavalleswaram.” Worshippers find serenity here, while visitors are enchanted by its beauty and tranquilly.

The Sardar Vallabhai Patel Police Museum pays homage to Kerala’s police services while simultaneously charting their evolution. The museum is dedicated to Sardar Vallabhbhai Patel, dubbed the “Iron Man of India” by his contemporaries. The Martyrs Gallery is one of the city’s most well-known attractions, with police holding weaponry and ammunition from the 18th and 19th centuries, including bullets, firearms, machines, and more. In addition, the location contains unknown facts about the Kerala Police Force, as well as information charts on DNA testing, human bones, fingerprints, and photographs of police dogs, among other things.

The Clock Tower is located in Chinnakada and is a significant landmark in Kollam. It is regarded as the city’s beating heart. The tower overlooks four directions of the city, with clocks on all sides, and tourists flock here to see the interesting architectural style of the colonial era. The clock tower is the busiest section of the city, where roads from Thiruvananthapuram, Alappuzha, Downtown, Sengottai, Ashramam, Kollam Beach, and the City bus station converge.